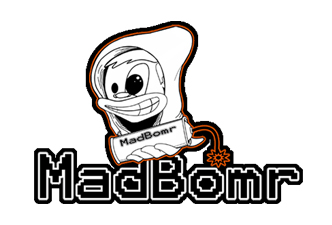 Every month we have a special featured artist! Check out a little info about them below! 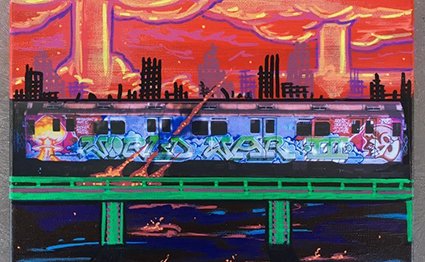 SONIC BAD was born in the summer of 1961, raised in New York City. In the early 1970’s, during the time of Hip-Hop’s beginnings,  when graffiti was relegated to tags and bubble letters, Sonic brought unique artistic elements to graffiti. Pioneering graffiti styles that are still used today. Sonic is regarded for his bold colors and creating many different graffiti lettering styles, such as: folding/ribbing letters, and his aptitude for transforming letters into characters and figures. In the early 1980’s he painted the infamous “Revolution” and “World War III” top to bottom on NYC subway cars. Sonic painted trains with graffiti artists such as Rammellzee, Dondi, IZ the Wiz and Ink76, just to name a few. His graffiti has been photographed by Martha Cooper and Henry Chalfant . Sonic was Featured in Subway Art (book), Wild Style (movie), Style Wars (documentary) Beat Street (movie),just to name a few.. 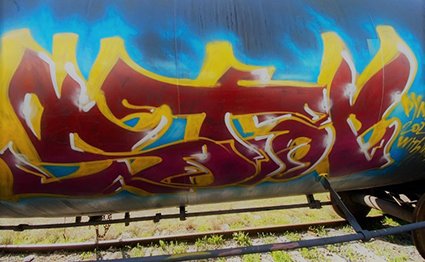 I am a writer from Stockton California. I am 17 and have been writing for a while. 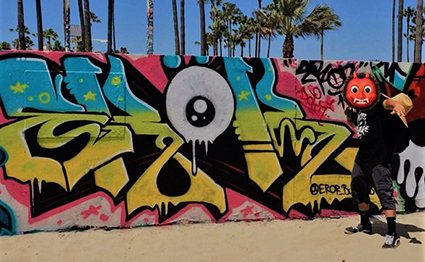 What’s up g I’m just a writer from SoCal been writing since 2008 and freight train graffiti was my inspiration. 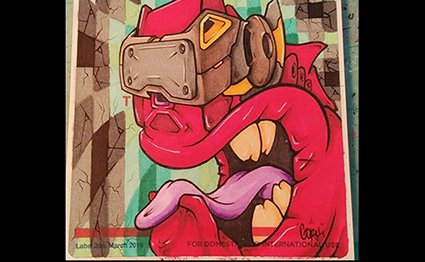 Born and raised in the Midwest. Chronic doodler. I've been drawing and sketching since I was able to hold a pencil. I've always had a fondness and admiration for graffiti. I have an associate's degree in graphic design but haven't pursued art as a career as I had originally intended. My artistic style and approach have shifted and changed over the years. I certainly, hope to strengthen my letter game to the caliber of my original character illustrations that have leveled up over the course of the last year. I currently rep ECSK, OTN, RGB, and BKI. My favorite writers as of right now are Geser, Vogey, Kever, Icky, Bugs, Amuse, Aerub, Stuck, Sege, Kaisy, and Kesti (and that is just to name a few) 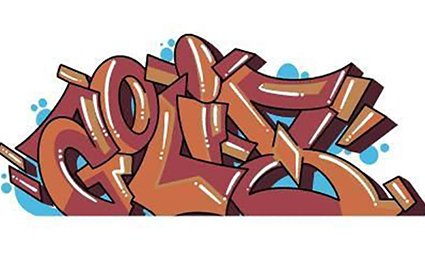 I grew up in Baltimore Maryland, was born in 72”. Came up into my own in mid 80s early90s n tha’s about the time hip hop n art caught my attention. We were seeing early tags in Baltimore. Ouch was doing his thing then Shaken, then by early 90s a lot of us inner-city kids were tagging, was even spreading to suburbs at that point. So we all tried our hands. Right after that, I found the rave scene n branched out that way meeting a lot of writers. I got wrapped up in drugs n alcohol and that fkd’ me a while. I ran some restaurants and then I got into tattooing and took that serious for a good while. I had a sadness in me until I started painting again now in my late 40’s. If you ever feel the call to create PLEASE ANSWER IT!Huge props n Shout Out!: ADAM, STAB, KAR, KUZIN, MEEK, GASE, MODE, SHAKEN, ZEK, LURK,RIDE, HUSKE, RANDOM, ISSUE AND PRAISE 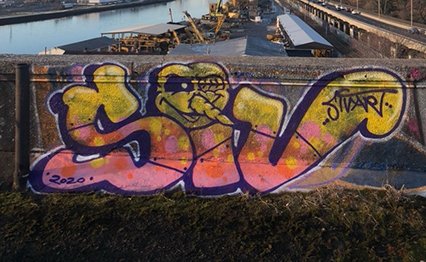 Taggin since the late 90’s all over North Jersey and the northeast. Dropped out for a while but now I’m back! Evil letters crew Lost souls crew Creatures beyond measures crew 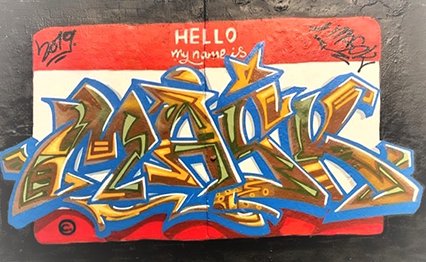 Born in Italy in a small town where I started doing writing with my friends. Shoutout to Kelp.Going often in Rome and charmed by the style of the city and the street life that a big city can offer. Understood that a small town was not for me I decide to move following my research. Moved to Uk, traveling and painting around Europe I stay definitely in London where I am right now active. I want to shout out all the people and friends met over the years and especially to my twin Cora. 2w!n$ 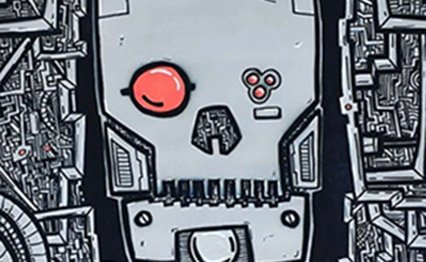 My name is AVENGER! I’m from Tampa Florida. I started on the streets and switched to ne art when my daughter was born. @keverones @evolver_orida @texer_fus were artists that really inspired me. I went to school with evolver and seeing him writeand draw in his books made me want to get out there. 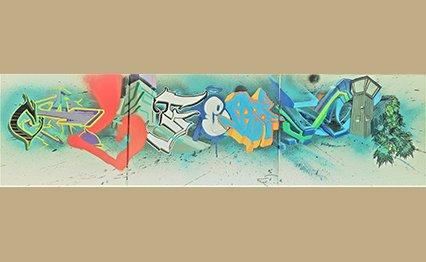 Started in 87 in Compton, had to change it to "If/Iph" when I got switched on by Purr (KD) in like 1991. THE first SD crew I got in was NM. My crew history/lineage is NM, RTS, PGK, OFA, AEK, K187, TNE, STP. In 2001 became a firefighter and started giving back to the community. Helped start a couple of nonprofits helping youth get off probation and help them in their art (MAAC and Turning the Hearts Center). In 2013 I started Aerosolympics, a graffiti art and battle show/event that eventually grew to tour many Southern California Cities when we were absorbed into the Extreme Autofest car show circuit. DyseOne being one of our supporters and sponsors in its second season. Currently, I curate several walls in San Diego, Pacific Beach, and Chula Vista, CA.; Seligman, Yuma, and Phoenix, AZ. I also am in development with the County of San Diego's Probation Department to create a mural for their new Probation building in North Park, San Diego, while being mentored by an art professor from Southwestern College.  ...all while still catching tags, slaps n bombs here n there. Lol. 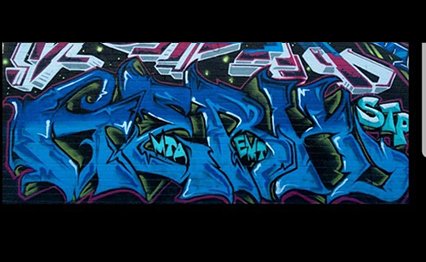 What's Gucci Fam it's your boy GERK I started my career in 1996 and been going since, I have traveled a lot in my time from my origins in Boston, living in California to now living full time in Arizona(for now). As much as I may love a good legal wall or commissioned mural, my heart will always belong to the streets. I belong to some of the West Coast's legendary crews Must Take All (MTA) and Earths My Turf (EMT) as well as a very talented crew Your Property's Next (YPN). I want to give a shout out to all my comrades and My OG's before me and most importantly our fallen soldiers RIP to OHJAE, FERST, VITEL,ANEMAL,YESM,BEST, UPSET, SK8, VOTE, SKESK you guys will always be in our hearts and will keep your names alive. Much love to everyone that rocks with us and shows love. to everyone else....well see you guys in the streets 🤙🏼 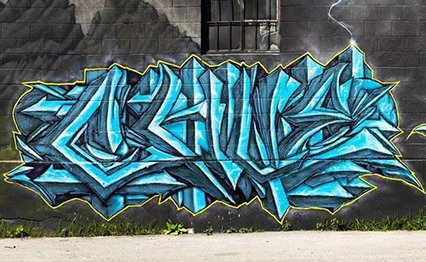 Kansas City graffiti artist. Member of KE crew “Krush Egos” founded by YEARS. Big influences that got me into graffiti in the early 90s were ATT crew members Quisp, Krie, East, and Scribe. Quisp was one that paved my way and got me started. Also KE crewmates Years, Frost, Sez, Lose, and Mr. Mpulse. Painted in a lot of different cities and freights in my early years as a writer. Co-founder of Kansas cities first graffiti event called “Kansas City Masterpiece”. About 250 writers from all over would come that wepicked to be involved. Still painting and some commission work.  IG - @Chuey.ke

Your cart is empty